A Specialized Library in Carmelite Studies 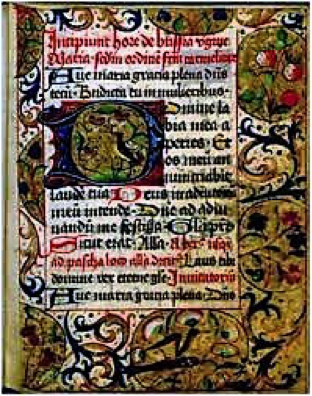 HISTORY OF THE LIBRARY

The Carmelitana Collection was established after the Second World War in 1948 by Fr. Joachim Smet, O.Carm., to provide a North American site corresponding to the principle library of the Carmelite Order, which is located at the International Study Center in Rome. In subsequent years, the Washington library has expanded to become the finest collection of Carmelite materials in the Western Hemisphere.

The Carmelitana Collection, now holding over 14,500 titles, is a research library specializing in literature pertaining to Carmelite studies with materials dating as far as the late 15th century. Inside this spacious and comfortable library, researchers from all fields of religious study will find substantive matter relevant to the literary and spiritual tradition of the Carmelite Order. Resources in Spanish Renaissance literature, medieval mendicants, Gregorian chant, 19th century American piety, Latin poetry, Baroque preaching, and 20th century phenomenology are all easily accessible and ready for study. The Collection also includes popular items relating to Carmelite spirituality.

The presence of many women authors in the Carmelite tradition makes the library particularly appealing to those pursuing a gender-critical approach to spirituality, including authors such as Teresa of Avila, Mary Magdalene De Pazzi, Cecilia del Nasciemento, Therese of Lisieux, Elizabeth of the Trinity, Edith Stein, and Jessica Powers.

The Carmelites have a long missionary tradition, fueled by their wide migration all over the globe. Medieval Carmelites spread from Palestine to Cyprus, Sicily, Provence, Catalonia, and beyond to the then-known world: Scandinavia, England, Ireland, and the Baltic. Subsequent generations of Carmelites went to the Portuguese, Spanish, and French domains in the New World, to 18th century Persia and 19th century India. Many Carmelites came to America after its War for Independence and many went with 19th century Irish prisoners on their way to the penal colonies of Australia.

More recently Carmel has gone to the African nations of Congo (Zaire) and Zimbabwe where the friars took a courageous stand against the racist regimes of old Rhodesia. Dutch Carmelites, long tremendous missionaries, have reinforced the Brazilian Carmel and brought the Carmelite tradition to Indonesia and the Philippines. The North American Carmelites have served in Peru for many years and have opened communities in Mexico, South East Asia, and Trinidad.

More information on the story of Carmelites missionary tradition can be found inside many of the volumes in the Carmelitana Collection.

The Carmelitana Collection is housed at Whitefriars Hall, a handsome Georgian building which serves as the home of the Carmelite Community in Northeast Washington, D.C.

The library is only minutes from the campus of the Catholic University of America and is easily accessible to students from over a dozen universities and colleges, as well as numerous theological facilities in the greater Washington D.C. area.

The Collection welcomes any serious student or scholar who wishes to use the library but requests a letter of introduction stating academic and institutional affiliation and area of interest so that the staff is better prepared to be of assistance to researchers. Those wishing to read about, and study, the Carmelite tradition are also welcome. Letters may be addressed to: